My husband has a fascination with nature. He especially loves fish and birds. So, I made this quilt for my husband to match his enthusiasm for fish to hang next to his aquarium in his office. The inspiration for the style of quilting I use was from Susan Carlson’s book, Serendipity quilts: Cutting loose fabric collage. I bought my book on Amazon, but she also has videos on YouTube that I watched several times. 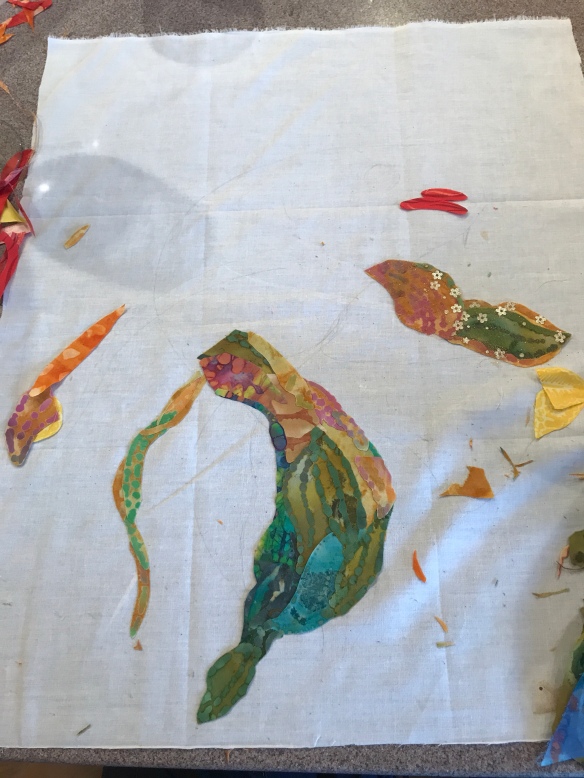 Fabric Collage is a lot of fun. I love picking, cutting and piecing the fabrics to create a beautiful image. I glued the pieces down with just a dot of fabric glue. Not too much glue because I don’t want the glue to get messy, just enough to stabilize the pieces so I can sew them down later. The lines are faint in this piece but I drew the fish first onto the muslin then started piecing on top. I don’t glue to the edge because I plan to cut the fish out and place it on the actual quilt.

Here’s fish number one ⬆️. I do use tulle over some areas of the fish to sort of blend the colors together.

My second fish is coming along nicely. This one has more emotion. I think he’s saying, “hi there!” I keep all my scraps, no matter how small, because you just don’t know when you’re going to need them. 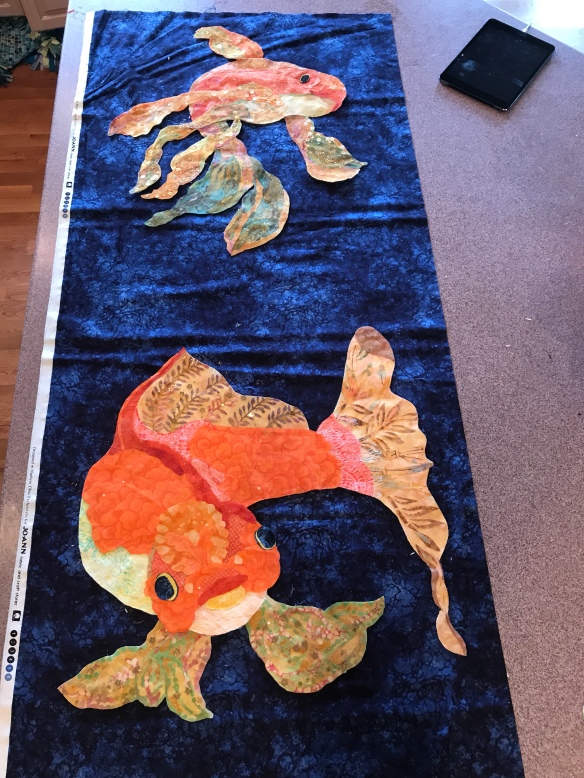 I like the idea of creating a long and narrow quilt. I think it gives it more of a dimension of layers in the deep blue sea.

The first fish ⬆️ ended up with a beading the dorsal fin because I felt the original fin just wasn’t connecting well. The completed beading added the extra pizazz this fish needed.

Close up ⬆️. You can see how I free motion quilted the scales on this guy and sewed the gills on the side. The extra detail on the eye is perfect.

Not to be out done, I added a smitch more beading on the second fish’s head. The scales are the same as the first fish; free motioned. 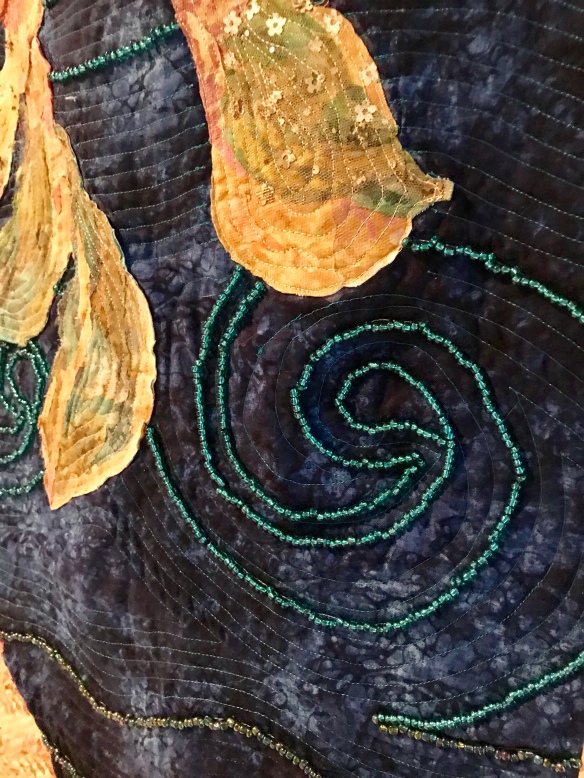 I added more beads to create the water effect. When I bead, I generally work four beads at a time back stitching one bead for stability. I love the effect.

Here is the completed quilt. I know it doesn’t really show, but I used matching thread to the beads as I went up on the quilt so you can’t see that the bottom quilting is dark blue, then to green, then to teal, then a light green. I used different brands of thread, but the thread that was most easy to work with was definitely Aurafil and Gutterman. The worst thread was Coates and Clark.

My husband absolutely loves this quilt. 💕💗.